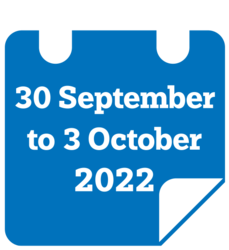 The National Thunder Motorcycle Rally is not short on entertainment, with the outdoor Thunder Stage rocking until late each evening. The entertainment program will also feature a unique equine spectacular produced specifically for the rally to be held on the Saturday evening.

Footy fans have not been forgotten, with the NRL Grand Final to be shown on a stand alone big screen on Sunday evening.

The Women of Rock Show is a salute to the many remarkable women who have dominated the international rock scene. Front person Caz Rae portrays each iconic woman’s character with a dynamic vocal performance and costume change and the music is delivered by a group of power house musicians. 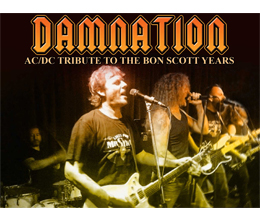 Damnation are a group of five mates, all experienced and seasoned musicians who are deeply passionate about performing AC/DC's music from the Bon Scott era. These particular years were not only the defining years for AC/DC, but, especially as time goes on, many fans consider the Bon Scott years to be AC/DC's best years. Damnation specialise in cranking out all of the AC/DC classics from that great era with a strong emphasis on reproducing AC/DC's sound as faithfully as possible. Damnation has been at it since 2002 and they're still just as passionate about paying tribute to the best Rock'n'Roll frontman to ever grace the stage. 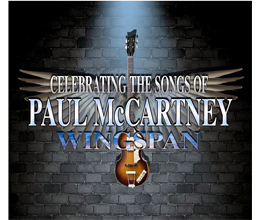 Celebrating the songs of Paul McCartney

Wingspan will take you on a magical mystery tour from McCartney’s years of Beatlemania to his blockbuster solo career and of course through the Wings mega hits of the 1970’s.   This show delivers McCartney's hits from his Beatle days - Hey Jude, Let It Be, Long And Winding Road, Get Back, USSR & songs from his early solo albums (McCartney & Ram) to the formation of Wings - Band On The Run, Jet, Live And Let Die, Silly Love Songs & many more. 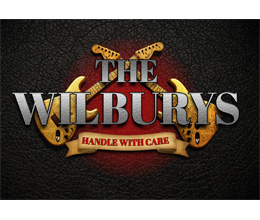 In 1988 the renowned voices and brilliant songs of The Traveling Wilburys took the music world by storm.

Now, you can recapture that magical time with The Wilburys, as you sing along to such hits as "Handle With Care", "Last Night" and "End of the Line", as well as all the classic songs from each of the individual Wilburys' vast repertoires - a huge selection from the songbooks of Bob Dylan, George Harrison, Roy Orbison, Tom Petty and Jeff Lynne.

The Wilburys, direct from Melbourne, features its own all-star line up which includes some of Australia's finest and most respected musicians and performers, including Peter Miller (Vocals/Guitar) and Gary Carruthers (Vocals/Guitar/Banjo). 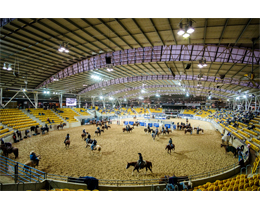 Unique to Tamworth, the National Thunder Horse Spectacular is a one-time only show produced exclusively for the rally where horses meet horsepower.

This show will be held in inside the world class AELEC arena and will feature a cleverly coreographed performance of bikes and horses. This two hour show will also include stunts, incredible horsemanship and will be sure to keep everyone on the edge of their seat. 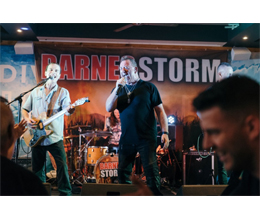 Barnes Storm is a 5-piece band comprising great musicians who love to play with drive and passion. The band’s aim is to celebrate and deliver the songs of Jimmy Barnes in a true style reminiscent of his own current live performances…the rock hits…the eras…the memories.

Barnes Storm’s lead vocalist, Scott Bedford, delivers an engaging, first-rate, down-home performance which needs to be seen and heard to be believed.  The touring band includes Leon Massey (Guitar), Abraham Camden (Drums), Glenn Sweeney (Bass), and Rex Clutario (Keyboards).You'll love to hear Barnes Storm play Jimmy's music as much as they all love to  play it. 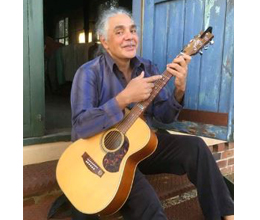 Buddy has carved up the Blues scene around Australia since 2007, notching his Blues belt with all the big ticket Australian festivals from Bridgetown to Bluesfest. He won the Sydney Blues Society Performer of the Year twice, and continues to share his old school Blues style with fans. Buddy plays with smooth finesse, in the tasty authentic style of the old legends.

Armed with his signature 335 Gibson, or more recently in acoustic sets, the Maton, his devotion to the art form is genuine. The Blues sure have got Buddy Knox, but ask him yourself, he’s happy about that, with a lifelong passion for this genre. He’s been referred to as our very own BB, but expect a dash of Freddie King guitar style in his show. 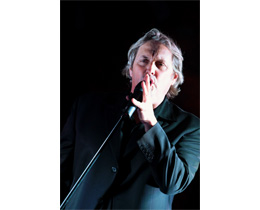 A tribute to the music of John Farnham

The Whispering Jack Show features Australia's Got Talent performer Mike Vee and his six piece band performing his tribute to the music of the legend that is John Farnham.  His uncanny resemblance, the tone of his voice and his out going nature are so much like the real thing that people often ask him … is he related. Danni Monogue’s comment, as a judge on Australia’s Got Talent when Mike performed one of John’s classics was … "The closest I've ever heard to Farnham"

This show is not an attempt to copy Farnham, but Mike's own interpretation of Farnham's material resulting in a performance where the audience has the unique opportunity to hear and see the closest tribute to an Australian great while experiencing Mike’s own true ability as a great performer with a fine voice. 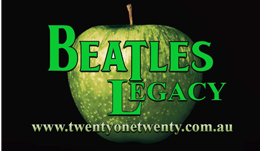 This musical journey will take you from the early Beatles days to their critically acclaimed solo careers. Performing Masterpieces From Paul, John, George, Ringo and beyond including Wings, Traveling Wilburys, Jeff Lynne, ELO and Oasis. 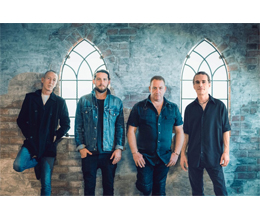 The Aftershock of Australian Rock

The Aftershock of Australian Rock, delivers a show of classic Australian rock hits that span over five decades, and takes the audience on a journey through the ages of powerful and influential Aussie rock music, capturing the energy and style that these songs so richly deserve. This powerful, hard-rocking outfit, delivers these quality, classic hits with conviction and respect to the artists who created them over the many decades.

Australia has been the breeding ground for classic rock songs from the late 1960’s through to today, and has stamped decades of strong memories onto the psyche of all Australians. Remember these? Evie – Stevie Wright, Women in Uniform – Skyhooks, Take a Long Line – The Angels, Highway to Hell – AC/DC, My Baby – Cold Chisel, When the River Runs Dry – Hunters & Collectors, King of The Mountain – Midnight Oil, Chemical Heart – Grinspoon, Bless my Soul – Powderfinger.

Muster at 8am. Depart at 9am 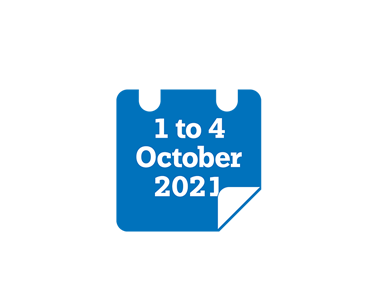